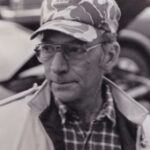 Duane Albert Lange, 84, of Lapeer, passed away on December 26, 2022, in the comforts of his home, with his family by his side.  He was born in North Branch, MI on May 25, 1938, to John and Elizabeth Lange.  Duane was a devout Catholic and man of strong faith.  He loyally served his country in the United States Army from 1961-1963, as a military policeman stationed at Fort Benning.  He was employed by Foran Beverage in Lapeer and delivered beverages throughout the thumb area from age 18 until his retirement in 1998.  Duane married Phyllis Hartgrove on June 23, 1962, and shorty after they moved to Lapeer.  They were together for 54 years.

He was preceded in death by his wife Phyllis Lange in 2016, and his parents John and Elizabeth Lange; his siblings Lorraine Schaub, Marion Lange and Kenneth Lange.